Back to all submissions 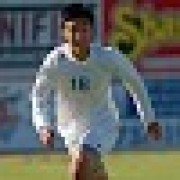 Comments for this submission are closed. View the software in rohunp's portfolio to continue the conversation.